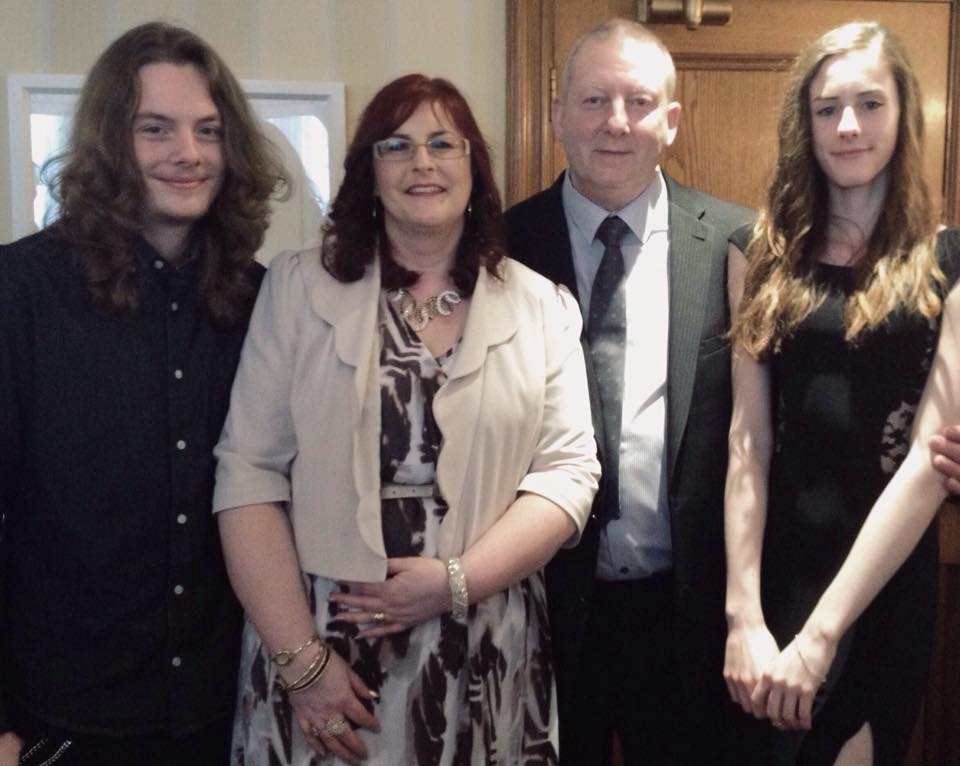 Being 19 years old and saying the words “I’m pregnant” is not something every parent dreams of hearing, especially when you’ve only just finished your first year at university.

I’m really close with my parents. I helped mum every Sunday delivering books from such a young age (voluntarily as well) or we’d go shopping together, and when I moved out in September 2015 I text her every day and called her when I could, met up for coffee or went shopping and I’d go home and surprise her some weekends too. My mum is my rock and I tell her everything. My dad is my world too, we’d go to the pub a lot and he’d tell me stories from when he was younger or about things that have happened in his life. I consider myself lucky that I have the parents I do, because there’s no one more kind, hard-working and loving than themselves and they are the most honest people; they deserve the whole world and if I ever turn out to be half the parent that they are, I will be doing a fantastic job.

Keeping the pregnancy from them was really hard, until this week I decided it was about time I told them.

I wanted to tell them both together, but I couldn’t I was too scared of their reactions that I decided to do it one at a time, with mum first. My brother already knew and I asked him to wait at the bottom of the stairs while I told my mum. When I was in the hospital for what they thought was an ectopic pregnancy, I’d told my family I was in because they thought I had a kidney infection.

I said to my mum that the real reason I’d ended up in the hospital was that they thought I was having an ectopic pregnancy, but I wasn’t. I was 6 weeks pregnant at the time, but the baby had a strong heartbeat and was healthy from what they could tell at that point. She took it the best. I could see the tears in her eyes and the slight disappointment in them because I know she wanted me to complete university and get a good job before I started a family, but at the same time I could see that she was excited too – this was her first grandchild after all.

My dad took it worst. My mum and brother helped me tell him because I couldn’t face his reaction. I was the youngest of his kids, the ‘baby’ of the family. Just started university, was doing really well and working hard, and I knew it would be hard on him. He didn’t look up from his iPad the entire time and he didn’t say more than a few words at a time either.

I left the house to go back to my flat in Sheffield in tears, feeling like I’d let both my parents down and they’d be too ashamed to tell people, or what other family members would say about it.

My mum told me that it just takes time and it’s the last thing they thought they would hear. I know they’re proud of me for everything I do, but that feeling that sits at the bottom of your stomach, the lump at the back of your throat and thought in your mind; it doesn’t make it easy…

..When I was in the hospital, a nurse came over to talk to me and she told me that there is no right or wrong way to tell someone you’re pregnant and no matter how old you are, whether it’s planned or not, there is no easy way to tell your parents. You’re filled with fear to their reaction, scared of the money lectures they might give or anything they think. We get older, but to our parents, we’re still that baby they fetched home from the hospital, whether that was 19 years ago or 35 years ago, and until your child, their grandchild, is placed in their arms, I guess we’ll never really know how they feel.

One Reply to “Week 8 – Telling My Parents”